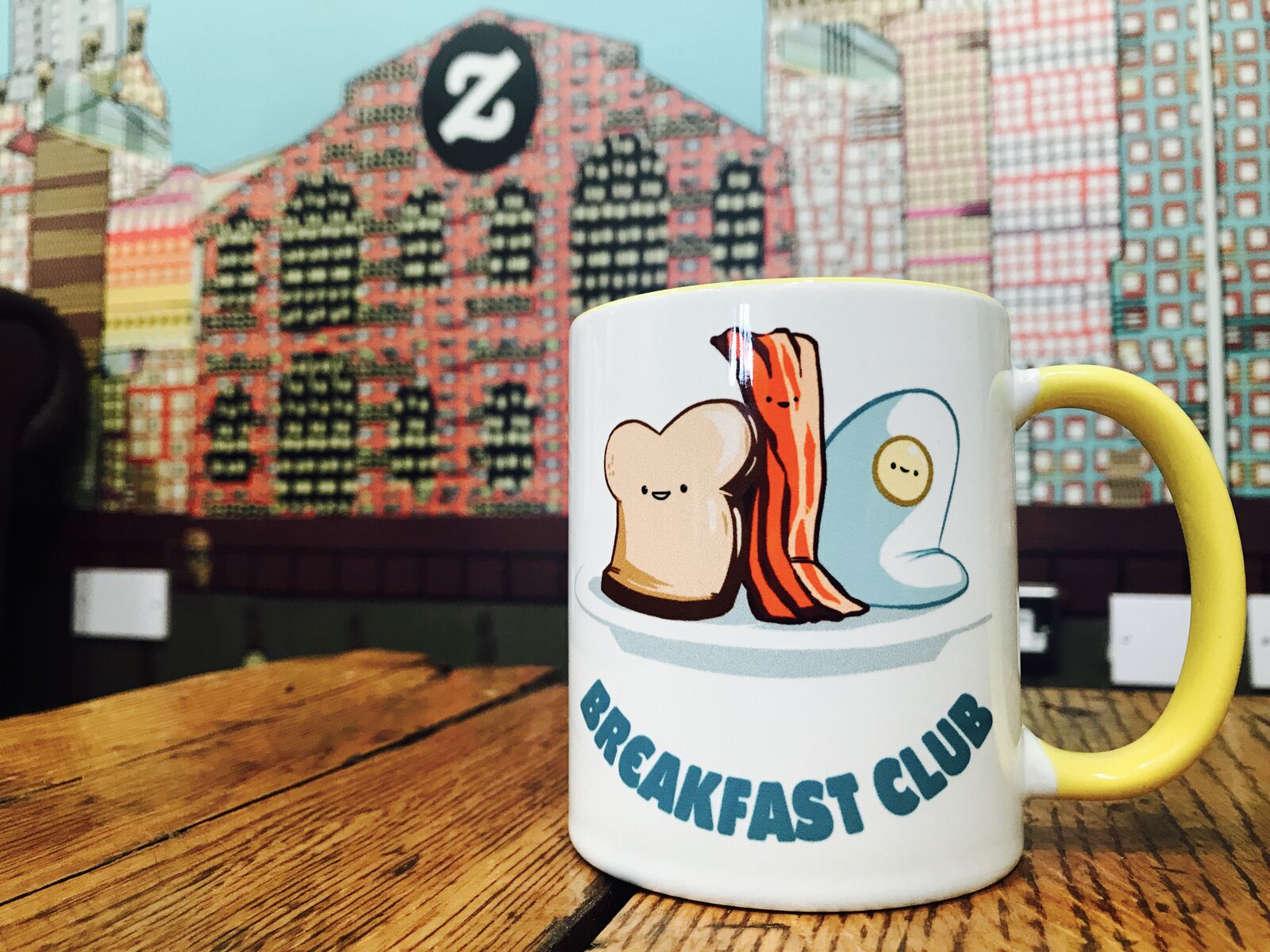 It’s something you use every day – your favourite mug for a nice cuppa tea. But who knew that you could whip up a whole meal in mug? The recent trend for microwave mug recipes suggest you can and could be a lifesaver for people on the go or those with an aversion to the washing up.

As a hard-core foodie and former chef, I must admit that I was a little sceptical. I’ve seen some crazy mug recipes out there. Mug cake. Pizza in a mug. Lasagne. My head hurts just trying to imagine how you would even go about assembling these dishes. How could you possibly cook lasagne in a cup without the pasta going hard, the meat being severely undercooked and the cheese spilling down the side of the cup in a greasy sludge?

But then I thought about two of my all-time favourite chefs who both use microwaves in professional kitchens. Gordon Ramsay cooks fresh herbs in his microwave, and Marco Pierre White swears that microwaving bacon will revolutionise your kitchen. If it’s good enough for Marco it’s certainly good enough for me, so I have decided to put this idea to the test and see if microwave mug meals really work.

I’m going to dip my toe into the world of microwave cooking and start with breakfast. I’m not quite ready for microwave pizza just yet (and I’m not sure I ever will be) so I have chosen one of favourite breakfast dishes – French toast! In this cold weather, we all want something hot for brekkie with minimum time spent in a chilly kitchen.

I will be testing out my gastronomic experiment in the Zazzle canteen – a place where Zazzlers come to eat, relax and play video games!

A new recipe calls for a new mug and I treated myself to the cutest new Zazzle mug just for this occasion. I wanted something unique and funny that I could also use for my morning coffee. I opted for a bright, colourful mug, personalised with an adorable breakfast themed design. At least if my meal in minutes becomes a culinary disaster I’ll have an adorable new coffee cup to cheer me up! Zazzle mugs are sturdy and microwave safe so there’s no fear of any mishaps in the microwave but steer clear of fine bone china or anything delicate when testing this recipe. 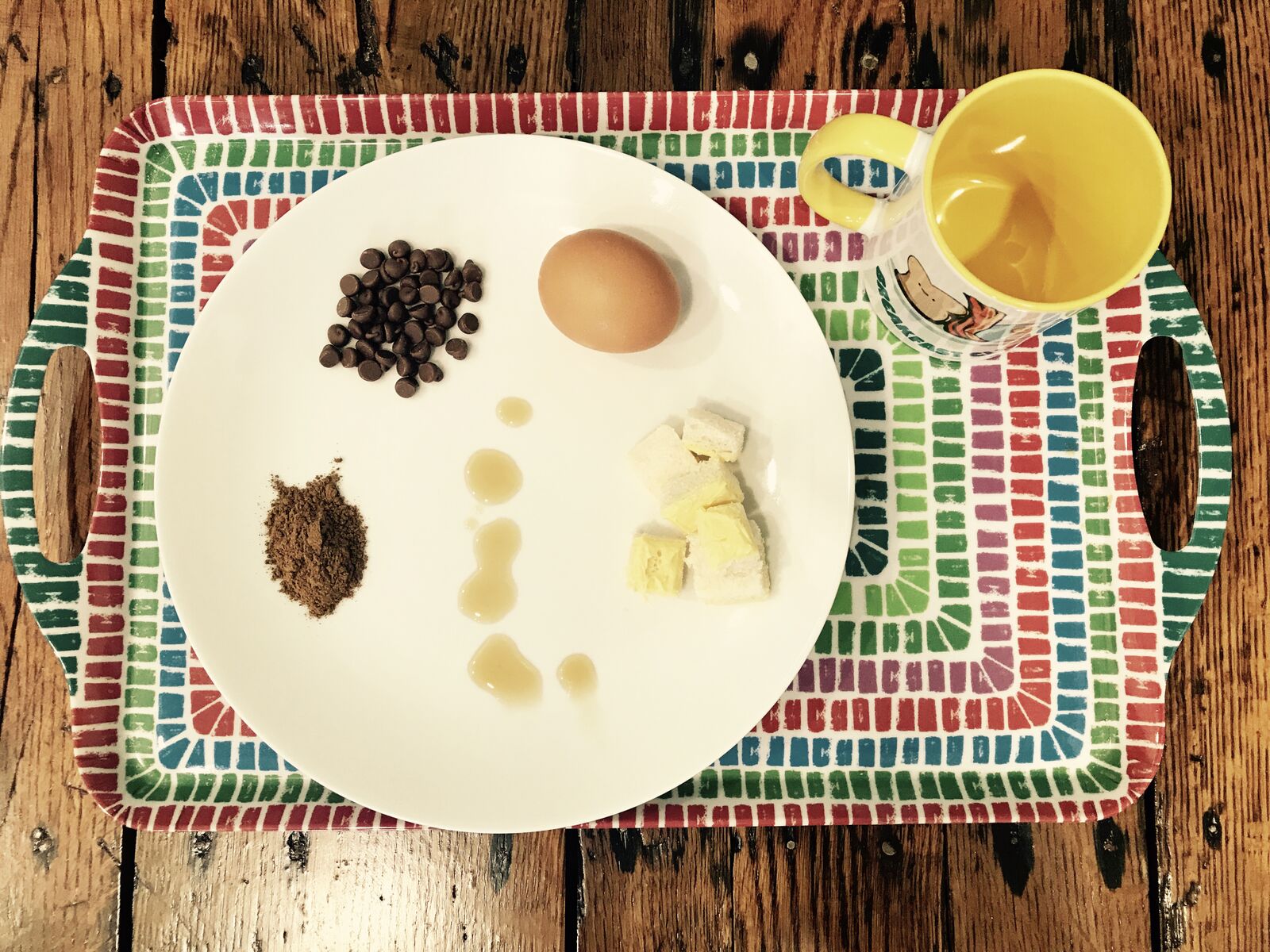 I was blown away by how tasty my two minute meal was. It was rich, buttery and delicious and it tasted like a warm hug in a mug. The only thing that this recipe lacked was a bit of crunch. The chocolate chips added a great texture but I missed the golden caramelization achieved by pan frying. The next time I make this I’m going to sprinkle some granulated sugar on top for an extra crunch. I was concerned that it would look a mess but surprisingly it looked just as appealing as it tasted.  The smell was invigorating and the inviting odour of sweet maple syrup floated through the  entire downstairs office. It wasn’t long before hungry colleagues emerged offering to taste test my new culinary delight! 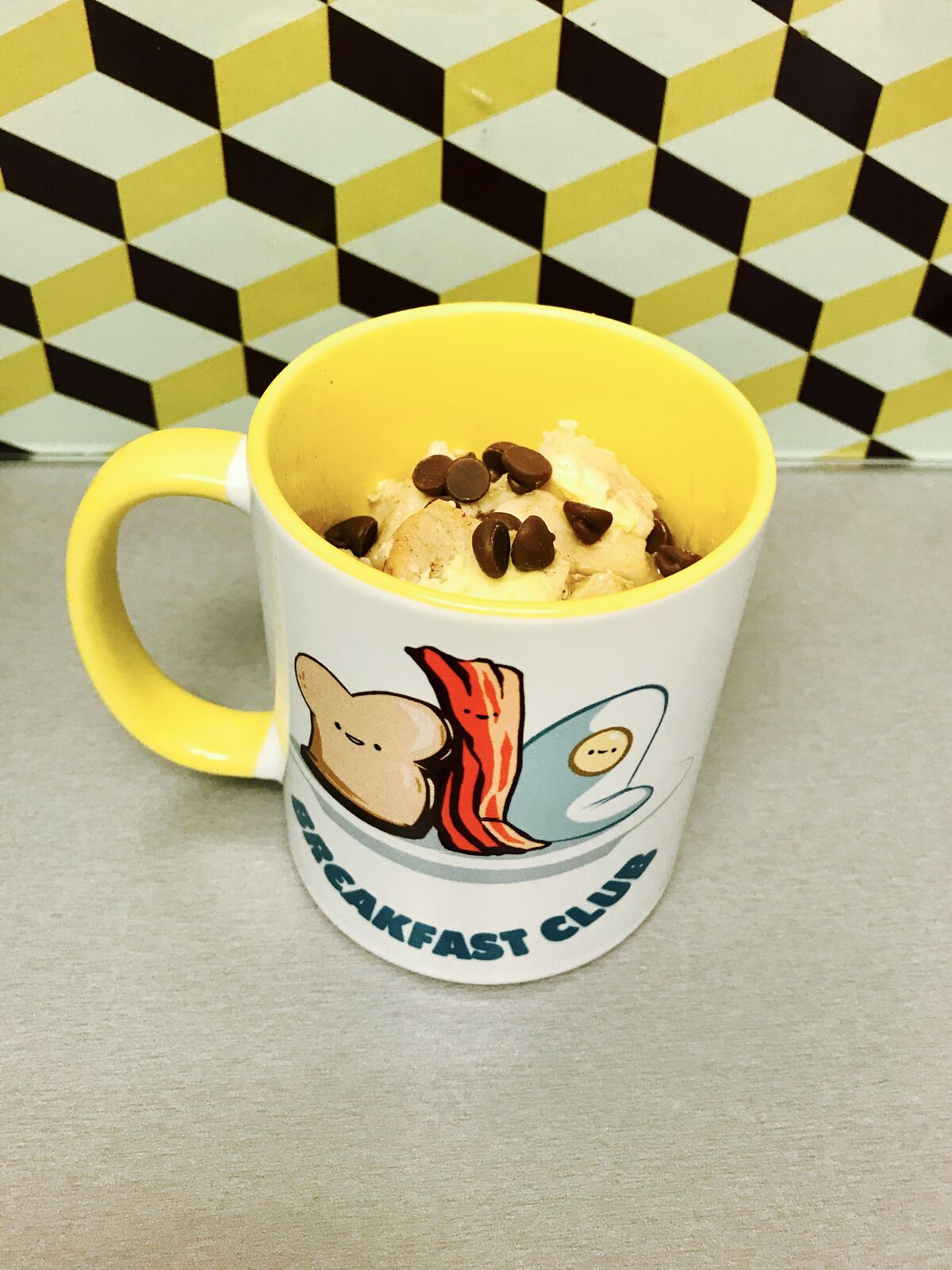 Laura is a culinary couture with a love of travel, TV and whipping up snacks for her loved ones. When she's not Zazzling you'll find her in the Gryffindor common room plotting her revenge on He-Who-Must-Not-Be-Named. View all posts by Laura