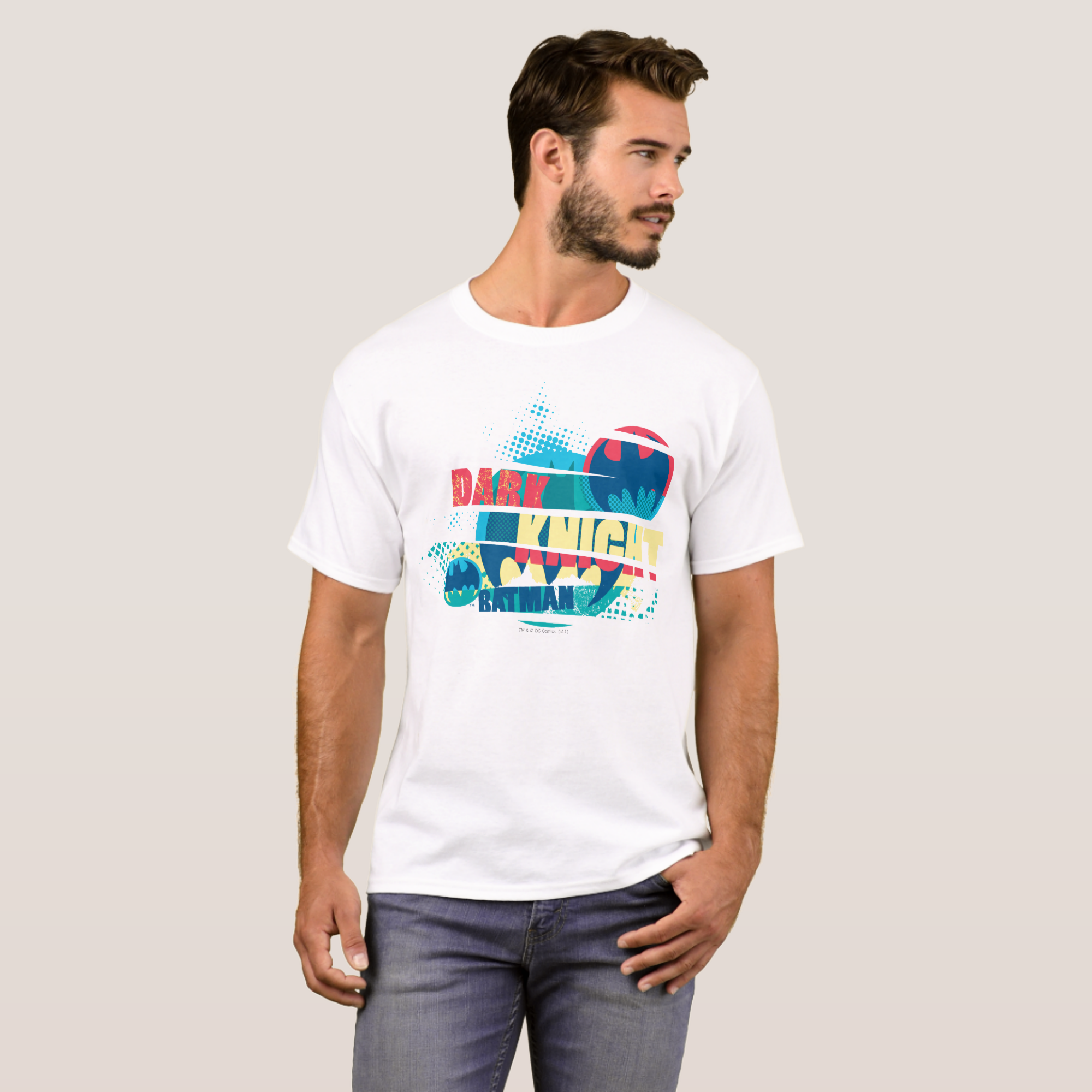 This summer it’s ten years since the release of The Dark Knight! As big fans of Bruce Wayne and the city of Gotham, we’ve compiled our favourite Batman moments from the epic trilogy!

Having waited so long to see our hero back in action, Christopher Nolan introduced a new style of Batman. The fantastic opening scene in Batman Begins displays this new mix of ferocity and craftiness. Batman battles a gang of thugs down at the docks, but remains unseen until the last moments. He then grabs the crime boss, Falcone, from his car. Falcone yells “What the hell are you?!” to which he receives a hair-raising response in that deep, husky voice: “I’m Batman.” A brilliant opening scene to welcome back Batman!

It wouldn’t be Batman without a few bats! Bruce chooses the bat as his symbol based on a frightening experience he had as a child, so representing the power to overcome fears and facing them head on. We see the relationship he has with these flying rodents come to a head when he is surrounded in Arkham Asylum, with what would appear to be no way to escape. However, then Batman pushes a small button in his heal. This engages sonar, causing a cloud of bats to swarm the building, and creating the perfect cover for Batman to make his escape. Epic Batman moment complete!

Alfred acts as Bruce Wayne’s loyal and diligent housekeeper, guardian and best friend. In an emotional scene, we see Alfred bring Batman back to Earth that reminds us that, behind it all, Bruce is a complex individual. As we see Wayne Manor burning, there is a powerful exchange between Bruce who feels defeated: “I wanted to save Gotham. I failed”. To this Alfred quotes Bruce’s late father and offers some hope in an exciting ending to the film: “Why do we fall Sir? So that we can learn to pick ourselves up”. I can feel the tears welling up already!

The opening scene to the second installment of the trilogy really sets the tone for the whole movie. In a bank heist, we are introduced to The Joker and his cronies creating chaos in the city of Gotham. With the bank manager close to death, he asks the criminals what they believe in. The Joker pulls off his mask to show a much scarier face and says: “Whatever doesn’t kill you, simply makes you stranger.” We can already tell we’re in for a story of madness.

5. The Dark Knight – Gate-crashing The Party

At a party hosted by Bruce Wayne, we get to see some classic violence and madness from the Joker and his goons. With The Joker on the hunt for Harvey Dent, they gate crash the party. We see Batman put Harvey in a sleeper hold and carry him, while The Joker begins to interrogate Wayne’s guests. The attention is then brought to Rachel Dawes, Bruce’s love interest, as The Joker brings a knife to her mouth and tells the chilling tale of this scars. As the tension is mounting, Batman returns and the fight begins. Close one Rachel!

Here we see Harvey’s dark side introduced. The first indication that something is wrong with Gotham’s White Knight is when he questions one of The Joker’s henchmen, Shiff Thomas. Shiff gets the coin flip several times with a gun held to his head, until Batman swoops in and stops Dent. Batman warns the D.A. that if anyone were to see what Dent was doing, belief in the White Knight and Gotham would begin to crumble. Is all hope lost for Harvey Dent?

7. The Dark Knight – The Interrogation

The interrogation is probably the best Batman scene of all three movies in this epic trilogy. The Joker being cross-examined by Batman. The conversation between our protagonists is sharp, as The Joker queries Batman’s ethic. Here we see Batman really lose control. Batman pounds his enemy with hit after hit, as The Joker just laughs, giving the perfect scene of terror and suspense. The Joker once again unleashes his madness and says: “You have nothing to threaten me with, nothing to do with all your strength”, and continues to laugh. I have Goosebumps just thinking about it!

After the epic second installment, the third film needed to start with a bang! Well it certainly did with our introduction to Bane, Batman’s latest adversary. After Aidan Gillen’s character allows three hooded thugs onto his plane, he begins to question them about a secretive character that is known by the name of ‘Bane’. Naturally Bane is one of these hooded thugs. Here Bane’s charismatic side is unveiled with his witty response to a question about his mask. However, we also see his very violent side as he easily eliminates of his rivals and pulls off an unbelievable mid-air hijacking. What a start!

This next scene is a shocking one! Throughout this entire journey we had believed that Batman could beat anyone. But now we see Bane demonstrate a brutal spectacle of strength on The Dark Knight. Bane doesn’t seem to have to put in much effort as he knocks Batman to near death, before terrifyingly breaking his back. Bane walks away as we wonder how our hero is going to come back from this ruthless attack!

The closing moments of this impressive trilogy were always going to be an emotional. With no way to stop the bomb from destroying Gotham, Batman hauls it far over the bay, where it safely explodes. While we all wonder if Batman is gone for good, the final scene shows Alfred in Florence where he sees Bruce. We’re left to decide whether Bruce survived the bomb and was in fact happy in Paris with his love, Selina. It’s an immensely satisfying ending to a one of the best trilogies out there!

So that’s our top 10 Batman scenes from The Dark Knight Trilogy! There have been so many epic moments through these three movies. So if we’ve left one out, why not leave us a comment or share your favourite moment down below!

You can also pick up all these fantastic products of Batman memorabilia and more in our official Batman store, right here on Zazzle.

Aisling is an enthusiast of all things crafty, a full time animal lover and part time crazy cat lady. View all posts by Aisling