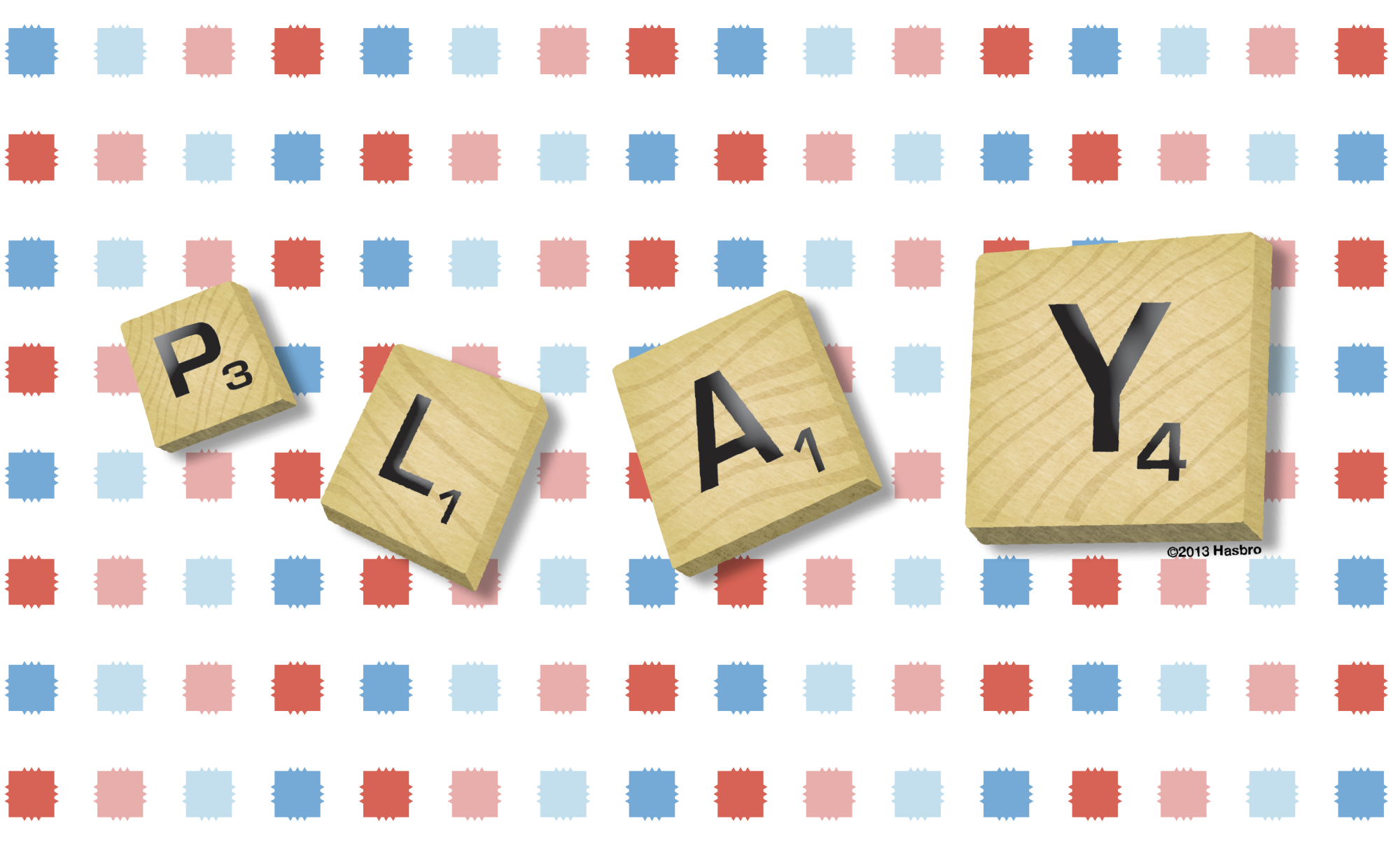 By Eoin • 2 years ago with no replies yet
Eoin .

Did you know that board games and tabletop games have their origins in ancient Egypt? Almost 3,000 years ago, in the Middle Kingdom and Early Dynastic periods of Egyptian history, people played board games like Mehen, which used lion and lioness-shaped counters and marbles. The most popular board game was Senet, a draughts-like game which involved moving pieces from one end of the board to the other. Meanwhile, dice games were played in ancient Greece and Rome, and our Western version of chess has its origins in the East, in games like xiangqi and shogi, which are still played today. From mahjong to Monopoly, board, card, and tabletop games have a long and storied history.

In the 21st century, gaming has become synonymous with computer and video games. But, as the above examples show, the best board games predate, quite significantly, online, PC and console gaming. For board games to have endured this long demonstrates their health and educational benefits, as well as the fun, convivial atmosphere associated with playing some of your favourite games. In the article below, we’re going to elaborate on some of the virtues of board games and explain why they’ve enjoyed a resurgence as of late. With autumn drawing in and the nights getting colder, it’s time to pick up 2 cards, collect £200 when you pass GO, and discover if it really was Colonel Mustard, in the library, with the candlestick…

They’re Good For You

Every board, card, and tabletop game has a set of rules, directions and win conditions, yet these rules are not typically visible at all times throughout the game. Players are expected to absorb, memorise and manipulate these rules and victory conditions in order to participate and succeed at the game, and this requires critical thinking and good memory skills. Board games are particularly good for children’s cognitive development, as they help to foster motor, maths and communication skills. Drawing pictures, rolling dice, and building towers helps to refine kids’ hand-eye coordination, and calculating scores, penalties or Monopoly money helps them to practise some basic arithmetic.

Board games also reinforce more sophisticated skills. Your reasoning and problem-solving abilities are tested by games that ask you to deduce answers or eliminate possibilities with logic (as in Guess Who, or Cluedo). Most significantly, many tabletop games, like Dungeons & Dragons, inspire you to create your own narrative and are therefore a way of unlocking your creative and storytelling potential. In these long-form games, players must invent characters, choosing their weapons and abilities, and ultimately adopting the persona of that character in subsequent sessions of the game. In particular, the ‘Dungeon Master’, the organiser and narrator of the game, must design a scenario that the other players will enjoy, making it a social, imaginative experience. A smaller, more localised example is that of Rory’s Story Cubes, a game designed by Belfast-based Rory O’Connor. In this game, players must roll a set of dice with pictures on them – they could be animals, characters or activities – and then invent a story incorporating those elements. This is a fun way of relieving both boredom and writer’s block, and there’s even a Batman version!

They’re an Alternative to Technology

As we’ve said, many people associate gaming nowadays with video games and esports, and the popularity of these hobbies can’t be understated. However, if you’d like some respite from online gaming and 100-hour role-playing games, then it might be worth digging out a deck of cards or quiz questions for an old-school gaming experience. Video games CAN improve hand-eye coordination and reaction speed, like board games; but they’re also quite sedentary experiences and often require countless hours to complete. Playing a board game is a finite, contained act, with a definitive end in sight, and thus it’s easier to sneak in a full game when time is of the essence.

Furthermore, with British adults spending, on average, 24 hours a week online, board games are a way of switching off, both figuratively and literally. Board games aren’t reliant on data, broadband speed, bandwidth, or an online subscription, meaning that a game can be played practically anywhere. Indeed, the tangible, tactile act of rolling dice or arranging counters seems rather unique in our digital age, where other forms of entertainment, like CDs and DVDs, are being replaced by their virtual equivalents.

From a design perspective, it’s also easier to create your own board game, as they require less money and IT expertise to create! According to Quintin Smith, because prototypes are easy to make – you can create a mockup in your own kitchen – “when you buy a board game, what you take home and play is the original concept precisely as it was in the designer’s head.” Many board games have also received significant funding on Kickstarter, so the prospect of having people play your very own board game, someday, is not beyond the bounds of possibility.

There’s Something For Everybody

Games like Scrabble, Trivial Pursuit, and Risk are still popular, but now, more than ever, card, board, and tabletop games are diverse, catering to multiple different tastes and audiences. Alongside the old favourites like Jenga and Yahtzee, some newer board games rival them in popularity. For example, Catan, a game in which you work to settle an island, is now so popular that it’s used in some US business meetings as an ice-breaking or team-building exercise. For those who like interactive, thrill-a-minute games, Hasbro continues to publish perennial Milton Bradley favourites like Buckaroo! and Mouse Trap, and the degree of luck involved in these older games only adds to the fun and spontaneity.

Some of the biggest card games include Pokémon, Yu-Gi-Oh!, and Magic: The Gathering, each of which incorporates a collectible element. Players can trade cards with each other in order to expand their collection and create a personalised deck with which they can compete against other gamers. This makes the game an ongoing social experience, and people discuss tips and strategies even when not actively playing the game. There exist other card-related games that are more condensed and accessible, of course. In Boss Monster, players must build mazes and dungeons in order to trap and ensnare adventurers, and in Love Letter, players must compete to be the first to deliver a love letter to a princess. This latter game comes in multiple different variants, including a version based on The Hobbit!

Board games are, generally, a social experience. We tend to associate board games with childhood and with family; with a time when siblings, relatives and friends hadn’t moved away for work or uni. With Christmas coming up, it’s an ideal time to relive those days, and that post-dinner slump could be the perfect incentive to source your favourite games from childhood, whether it’s Operation, Pictionary or The Game of Life. Not only are they a relaxing way to spend your time – they’re not as stimulating as video games, so they’re quite therapeutic – but they require face-to-face communication. Players must work together, or against each other, and the competitive or collaborative experience can strengthen relationships, offering new insights into people’s personalities.

In 2019, a growing number of people are embracing the nostalgia of the tabletop game. The UK now boasts a significant number of board game cafés, where, for a nominal fee, you have access to prodigious collections of obscure games – as well as food, drink and company. The upsurge in the amount of people rediscovering the joy of board games has meant that conventions are being held regularly, too: events devoted to board, card, and tabletop gaming are taking place all over the UK and Ireland. If you’re interested in learning more about the best board games, would like help tracking down a particular item, or even just want someone to play with, these gaming shows are a great place to start!

Well, it looks like the game is over, the results are in, and the winner is… board games! With the above benefits in mind, it’s your turn to continue this millennia-old tradition. Get some friends together, buy some drinks and snacks, and hunt down, once and for all, those missing Connect 4 counters. You’ve got nothing to lose!

Eoin is a Content Specialist at Zazzle in Cork. He’s spent the last few years quite happily engaged in teaching and literary research; he is also quite happily engaged, period. He’s always open to book, game, and movie recommendations, so if you have some, let him know: he’ll add them to a very, very long list.
Eoin'S ARTICLES (3) • PRODUCTS & TRENDS